It goes without mentioning the audio visual events which incorporate the LED and the plasma screens which has been specifically chosen for hire. Techno Edge Systems have always been very emphatic with its range of LED screens for rentals in Dubai, UAE, these LED screens have become instrumental in impressing the potential visitors when they have a glance of the LED screens for the product information which is being displayed on the LED screens.

LED screens have transformed itself as one of the industry trends and have also become the most immensely popular entities in the market today, these screens very much add to the unique dimension for the customers who tend to use these LED screens to showcase their products and services to a wider audience. 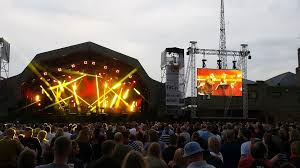 Techno Edge Systems bring with them a wide array of LED screens which are always available at their stores so that the customers can randomly pick any of the LED screens so that it could benefit them in the event.  We normally provide the large, vibrant video wall with the LED screen which would probably bring the best impact on the prospective audience’s mind and quickly transition into the buying decision.

As a matter of fact, these LED screens come as a portable unit with less weight and the light weight screen has got a greater impact as compared to the conventional and standard projector. The light that is being emitted out of the LED screens is much brighter and greatly influences the visibility before the audience and further entices them.

As a part of our policy initiative, we would extend our services of LED Screen Rentals towards installing the LED screens and the supporting components of the trade event or any other place as specified by the customer. Our expert technical team would be assisting you in all the possible ways so that you do not face any sort of embarrassment.

Our only objective has always been towards making your events a grand success.

In the event that in the trade shows, that there is an inherent problem towards lighting, our range of LED screens brings with them the brightest lighting within them which would capture the attention of the audience immediately. Normally our range of LED screens can accommodate more than 30-50 guests at once and nevertheless these guests can easily get impressed with the LED screen display.

In the event, that if you are planning for LED Screen rental in Dubai for any trade event do bank on us for the same. We are having a plethora of LED screens which could very well match up to your expectations. Please call us at +971-54-4653108, so that our technical team would be in touch with you and eventually plan out for the proper erection of the LED screens at the event locations. We would also appreciate if you could have a glance at our official website at www.laptoprentaluae.com for more comprehensive information on LED screens.

LED TV has been an impactful component for an entrepreneur