LED Screen rental been the predominant entity to capture customers

In the recent years, it has become almost imperative for numerous business entrepreneurs to constantly engage the potential audience in reference to the advertising their product content through an LED screen which often entices a potential audience when they have a glance of the screen. In this attempt of engaging a customer the LED screen rental Dubai has been able to significantly contribute to the success of an organization towards their promotional prerogatives. 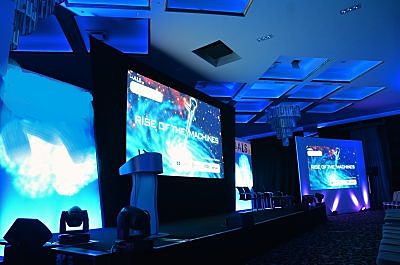 As an analogy, one can always understand that there are audiences who are able to constantly associate their tangible value to a new idea or concept and in this particular endeavor, the LED screen rental Dubai often turns out to bring about those tangible values in the format of a creative visual retreat.

This visual retreat often becomes an important entity, when it incorporates certain video components attached to which makes the huge difference.

The LED display is abbreviated as the light emitting diode, is comprised of a flat panel display which brings about the lighting diodes as the video display. An LED display panel can be used to display for either a small LED screen or a larger LED screen, as it uses the LED diodes as a major component of the LED display.

The LED based displays are implemented for certain billboard and store signs, this constantly enables the brighter displays as the LED panel encompasses several LED’s in them which makes the difference as compared to other screen displays.

Anecdote: Technically, the LED is comprised of a semiconductor chip which is completely encapsulated with a transparent plastic case and this case actually allows the light to pass through it. As a matter of fact, the emission of different colors including the ultraviolet and infrared light completely depends on the semiconductor material used in the diode.

LED screen rentals have been implemented and deployed for the following

Techno Edge Systems have been pioneering itself in the LED screens for decades and have been able to bring about new horizons towards the advertisement and promotional aspects of LED screens in the landscape.

If you are an enterprise organization and you are eagerly looking forward to exploring the possibilities of LED screens for your numerous accomplishments; please approach us at Techno Edge Systems and call us at +971-54-4653108 so that our team could understand your specific mandate. Please visit our official website at www.laptoprentaluae.com for more details.